Ballywire Media, headed up by Tipp native Paul Collins, has announced a multimedia project focussing on ancient Irish warrior queen Maeve of Connacht. Featuring original Irish music, poetry and a re-imagining of the famous woman from the west it will be showcased in the spring of 2023.

Historians differ on whether Maeve actually existed, but stories of her bravery and character actually made it to the White House prompting then President Theodore Roosevelt to commission the first ever colour depiction of the fabled queen of Connacht in 1907. 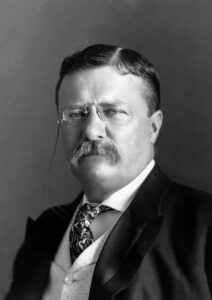 So many Irish fled their homeland due to the famine, stories of Ireland’s great myths and legends went with them and the US President got wind of the tales, prompting him to write  an article in Century magazine at the time celebrating the stories and Maeve herself . “The famous warrior-queen, Meave, tall and beautiful, with her white face and yellow hair, terrible in her battle chariot when she drove at full speed into the press of fighting men, and “fought over the ears of the horses.” The president commissioned the first ever colour depiction of Queen Maeve to accompany the article.

The decision by Ballywire to create content featuring one of Ireland’s most famous women wasn’t an overnight one according to company founder Paul Collins. “I was hearing about Queen Maeve since I was a ladeen, due to the fact that my late mother Moira was reared at the base of Knocknarea mountain in Sligo. Maeve is said to be buried at the summit and we visited Sligo over the decades for easter and summer holidays never giving the great Queen much consideration!

However I visited Knocknarea once the first covid lockdown was lifted and while not a great believer in the universe’s forces or anything like that, I did get an urge to look more deeply into stories of the bould Maeve’.

Fast forward to now and three original songs are in the works along with a graphic novel re-imagining the world of Maeve! Below is our take on the ancient warrior queen. Screenwriter and Connacht woman Susanne Stapleton has written the first episode in Ballywire’s telling of Maeve’s life while Thurles illustrator Jennifer Ryan Kelly is putting the finishing touches to the pictures to accompany the story. 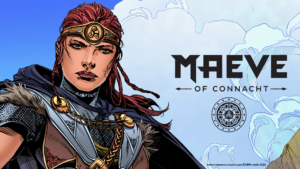 We are also introducing her to the world this weekend to get a sense of how people feel about her. The story of Maeve will be shared at the Kansas city Irish festival. You can find out more at Booth 23 where artist John Knell will be in attendance. You can find out more about Maeve here. And don’t forget to follow her on social media and pre-register for her musings and up coming book! 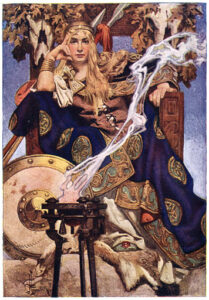 An Illustration of Maeve of Connacht by Joseph Christian Leyendecker (1874 – 1951), Public domain, via Wikimedia Commonhe first ever colour depiction of Maeve.

Coming out of a pandemic as economies around the world try to understand what the new normal looks like, one thing is certain. Every cent being spent by business owners will be evaluated for value for money. When it comes to marketing, it’s hard to beat digital media on that score.  A good suite of […]

END_OF_DOCUMENT_TOKEN_TO_BE_REPLACED

Need a professionally produced video for your enterprise? Of course you’ll need fine words and a great logo that works on all platforms. How about getting all that for free? Ballywire is delighted to support a competition to equip owner managed businesses with best in class online content to promote themselves. A new website providing […]

END_OF_DOCUMENT_TOKEN_TO_BE_REPLACED

Thinking of podcasting? Think carefully. Who are your partners? And what is their heritage in the space? are the simple questions to begin with, the others are not that straightforward. Everyone seems to be doing podcasts now, but are they just for a bit of fun or actually achieving business goals? Ballywire produced Ireland’s first […]

END_OF_DOCUMENT_TOKEN_TO_BE_REPLACED

June 18th 2020: Dealing with the economic fallout from the Covid-19 pandemic and Brexit in the months ahead, are just some of the issues facing Irish companies looking to trade with the UK, but a new partnership between London headquartered JONEX Global and Dublin based Ballywire Media is designed to help. JONEX Global which helps […]

END_OF_DOCUMENT_TOKEN_TO_BE_REPLACED

Lots going on in the world at the moment and business owners have so much to consider. Will their business models be viable once they introduce social distancing if they have public facing businesses? One major trend is that more companies are going online than ever before. Those that are need buckets of content. Content […]

END_OF_DOCUMENT_TOKEN_TO_BE_REPLACED

With all this talk about #BlackFriday and #CyberMonday the annual festive panic buying as if the world is going to end on December 25th appears to be moving online to a greater extent with each passing year. It’s particularly worrying in an Irish context. Not least because of the economic health of rural Ireland, but […]

END_OF_DOCUMENT_TOKEN_TO_BE_REPLACED

If there’s one thing Irish people are good at, it’s keeping in touch with kindred spirits from home when exiled abroad. Last month I had the good fortune to spend some time in New York on the occasion of the staging of the criticially acclaimed Swan Lake at the Brooklyn Academy Of Music. Have you […]

END_OF_DOCUMENT_TOKEN_TO_BE_REPLACED

Ballywire maximises the value of your time creating video, stills and social content. As businesses and organisations face growing demands to produce content for multiple media platforms, multimedia content creator Ballywire introduces a new offering, enabling clients to easily create video, photos and graphics in one visit to their facility on Dublin’s Naas road. Whether […]

END_OF_DOCUMENT_TOKEN_TO_BE_REPLACED

Were you clever enough to enter the BT Young Scientist and Technology Exhibition? If you haven’t been, it would do your heart good to see the talent, optimism and innovative thinking that abounds in Dublin’s RDS every January. For over a decade now, Ballywire has collaborated with one of the world’s biggest tech companies to […]